"You do not have to go to Texas for a chainsaw massacre!" The soundtrack for cult slasher movie Pieces (1982) is now available for the first time ever on vinyl. A plot filled with so many holes it's impossible to follow, chainsaws cutting heads left and right, downright terrible acting, hilariously absurd scenes, and a brilliant soundtrack -- Pieces is exactly what you think it is: one of the best movies ever made! Praised by the likes of Eli Roth (Hostel (2005), Inglourious Basterds (2009), Grindhouse (2007)...), this rare slasher has become a fan-favorite over the years and can be seen in horror movie festivals around the globe. Its original score is surprisingly elegant, full of eerie jazz, menacing synths, and soulful escapades -- a well-balanced mix finding its influences in giallo and blaxploitation soundtracks of the '70s and classic horror movie music of the '80s. This limited vinyl edition includes numerous songs by Italian composer Stelvio Cipriani, the man behind the superb soundtrack of poliziottesco movie La Polizia Sta a Guardare (1973) (the main theme of which was reborn in 2007 in Quentin Tarantino's Death Proof), multiple scores for Spaghetti Western movies starring Tony Anthony, and winner of a Nastro d'Argento award for best score for The Anonymous Venetian (1970). Also found on Pieces are compositions by Carlo Maria Cordio, who scored Joe D'Amato's gorefest Absurd (1981) (which some might know as Anthropophagus 2, Monster Hunter, Horrible, or The Grim Reaper 2), a movie so shockingly violent it became one of the "Video Nasties" of the UK and was successfully prosecuted under the Obscene Publications Acts in 1984. Lucio Fulci's frequent collaborator Fabio Frizzi (responsible for the music of classic horror movies Zombie aka Zombi 2 (1979), L'Aldilà aka The Beyond (1981), City of the Living Dead aka The Gates of Hell (1980), and the list goes on) also makes a special appearance with the sexy "Cocktail Molotov." Also included on the soundtrack are tracks by Stephen Ham & Alain Leroux and Enrico Pieranunzi & Silvano Chimenti, and, as a bonus, an audio recording of Pieces' original movie trailer! 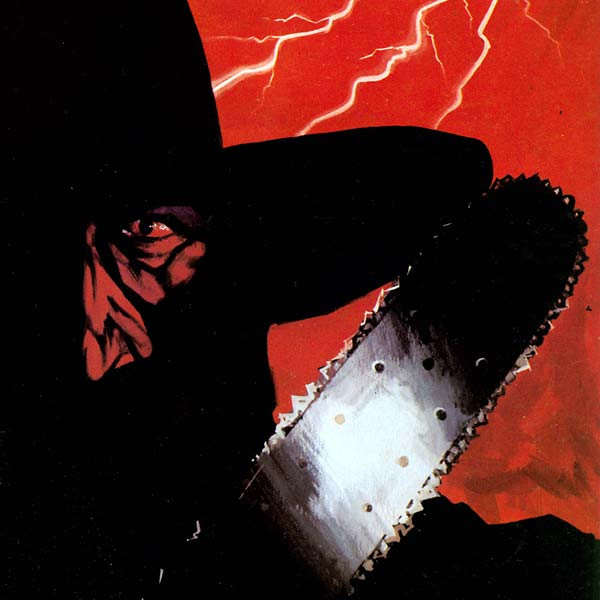 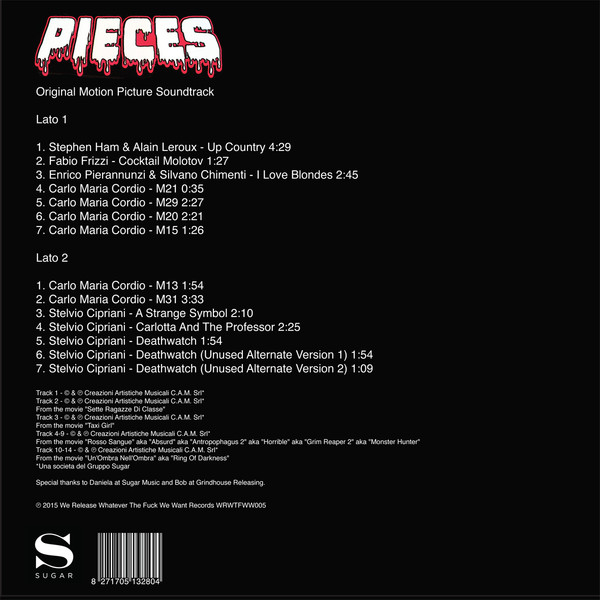 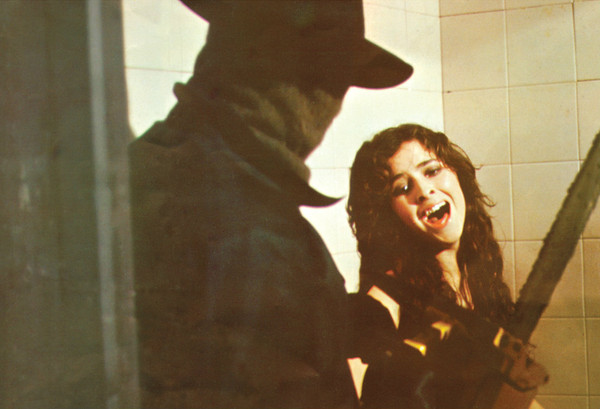