The Tarantino Experience is the original sound of one of the greatest filmmakers of the last 50 years and his uncanny talent. Featuring music from Pulp Fiction, Kill Bill, Jackie Brown, Reservoir Dogs, Death Proof, and his 2019 picture Once Upon A Time In Hollywood. To some movie directors, the music heard in their films seems as (or more) important than the images seen or the dialogue spoken. Many Quentin Tarantino fans would regard a Reservoir Dogs without ''Stuck in the Middle with You'' or a Pulp Fiction without ''Misirlou'' as not Reservoir Dogs or Pulp Fiction at all. Tarantino describes his perhaps unsurprisingly musically-inspired method of film conception as follows: ''One of the things I do when I am starting a movie, when I'm writing a movie or when I have an idea for a film is, I go through my record collection and just start playing songs, trying to find the personality of the movie, find the spirit of the movie. Then, 'boom,' eventually I'll hit one, two or three songs, or one song in particular, 'Oh, this will be a great opening credit song.

'Each one of Tarantino's films is undeniably exciting, raw and groundbreaking, and his skilfully conceived soundtracks can be charted with the same visceral energy - this is one his ultimate musical strengths. In the process he has left a long list of iconic scenes that would be the sames without his musical bad-assery. To name just a few: The Opening of Pulp Fiction with Dick Dale & His Deltone's ''Misirlou'' or Kill Bill, Vol. 1's epic final showdown between Uma Thurman and Lucy Liu's characters with Santa Esmeralda's ''Don't Let Me Be Misunderstood'' in the background. And what about Reservoir Dogs' shocking torture scene with Michael Madsen dancing and singing to ''Stuck In The Middle With You'' by Stealers Wheels. The Tarantino Experience pays tribute to one of the greatest filmmakers of the last 50 years and his uncanny talent. Featuring music from and inspired by his films Pulp Fiction, Kill Bill, Vol. 1, Jackie Brown, Reservoir Dogs, Death Proof and his 2019 picture Once Upon A Time In Hollywood, attempts to help you explore Tarantino's personal way to approach his projects when it comes to their music.

LP 1, SIDE A:
A1: Misirlou Dick - Dale & The Del-Tones
A2: You Never Can Tell - Chuck Berry
A3: Spooky - Dennis Yost & Classic IV
A4: I Put A Spell On You - Screamin' Jay Hawkins
A5: Mambo Miam Miam - Serge Gainsbourg
A6: Good Thing - Paul Revere & The Raiders
LP 1, SIDE B:
B1: Intro (Twisted Nerve)
B2: Let's Stay Together - Al Green
B3: Son Of A Preacher Man - Dusty Springfield
B4: Something You Got - Wilson Pickett
B5: Backstabbers - Clarence Carter
B6: Fever - Billie Jo Spears
LP 2, SIDE A:
A1: Bring A Little Lovin' - Los Bravos
A2: Rebel Rouser - Duane Eddy
A3: Out Of Limits - The Hurricanes
A4: Straight Shooter - The Mamas & The Papas
A5: Apache - Richard Twang & His Cadillacs
A6: Down In Mexico - The Coasters
LP 2, SIDE B
B1: California Dreamin' - Bobby Womack
B2: Strawberry Letter 23 - The Brothers Johnson
B3: Don't Let Me Be Misunderstood - Leroy Gomez & Santa Esmeralda
B4: Hooked On A Feeling - Blue Swede
B5:Look-ka-py-py - The Meters
B6: You Keep Me Hangin' On - Vanilla Fudge 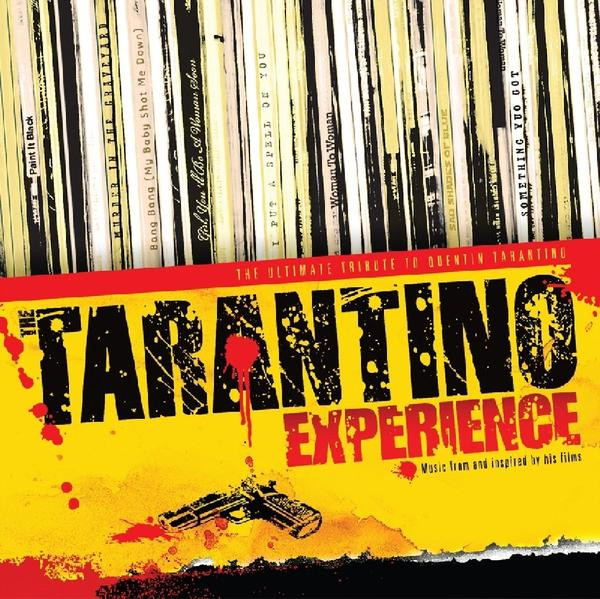 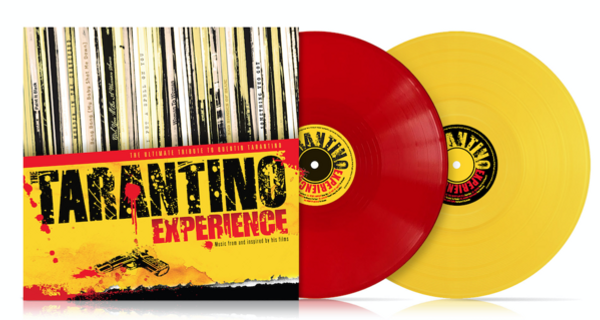