The first in a series of classic vinyl re-issues featuring original artwork painstakingly restored and hot-stamped with gold foiling, Dance With Me was the first album by Long Beach punk band T.S.O.L. (True Sounds of Liberty). Originally released on Frontier Records in 1981, the album hasn’t been available since 2007 when it was re-issued by The Offspring’s Nitro Records. Other uber-fans include Guns N’ Roses (Steven Adler was wearing a T.S.O.L. t-shirt in the “Sweet Child O’ Mine” video).

Dance With Me saw the band move away from the hardcore punk roots of their debut EP released earlier in the year and the music became more melodic and goth-tinged, as did the lyrics. The album was recorded by Thom Wilson (Dead Kennedys, Bad Religion, The Offspring) and the cover featured paintings by Mark Wassman and photos by Glen E. Friedman. 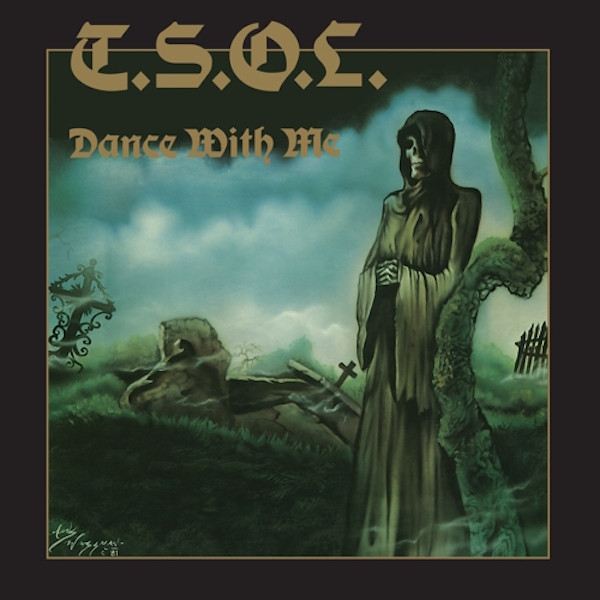