Suzanne Doucet was born in Tuebingen, Germany where as a three year old, Doucet discovered her innate artistic gifts. Instinctively, she was always drawing, playing music, singing, and writing. By the age of 18, Suzanne was an established pop star in Germany with several #1 hits. She also made her mark as a composer, actress, TV moderator, director, engineer, and producer. At age 25. she took a sabbatical from the music business to go on a spiritual odyssey. In 1970 she released a triple album of field recordings and mind-expanding psychedelia under the name Zweistein. For the next ten years, she developed her own style of New Age music while exploring many areas of metaphysics and spiritual practices, including astrology, music therapy, tarot, yoga and the Kabbalah.

In 1979, Doucet launched a record label in West Germany named Isis, after the Egyptian goddess of feminine divinity. She formed the duo New Age with her musical partner Christian Bühner, and released the 1982 cassette album ‘Transformation’ and the follow-up ‘Transmission’, released on cassette in 1983. After this release, Bühner and Doucet moved to Los Angeles, hoping to find more kindred spirits in the burgeoning New Age scene there. In 1984 Doucet married Video Artist and Yoga instructor James Bell. Together they recorded ‘Reflecting Light Vol. 2 using a Roland JX-3P, TR-909 and a Steinway Grand Piano. The cassettes had mirrored covers, a reference to the Zweistein jacket 14 years prior. Inspired by the book “The Blue Island,” ‘Reflecting Light,’ a blend of solo piano and electronic sounds. Each side contains one long piece of channeled music. All songs have been remastered by George Horn at Fantasy Studios and each album is housed in jackets using the original cassette artwork. 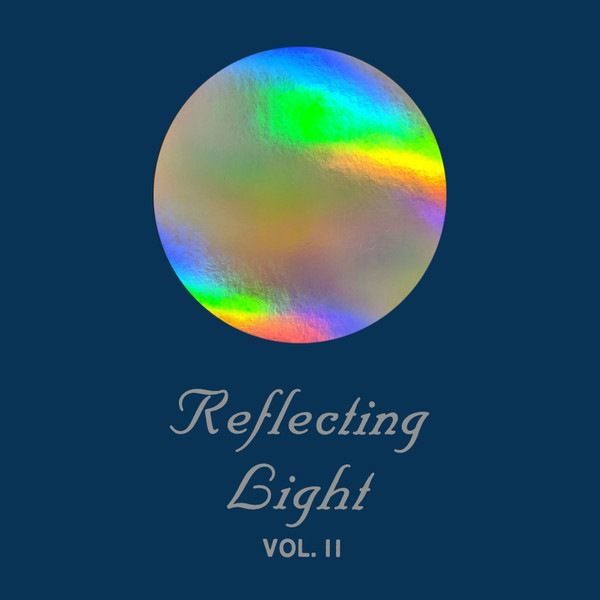 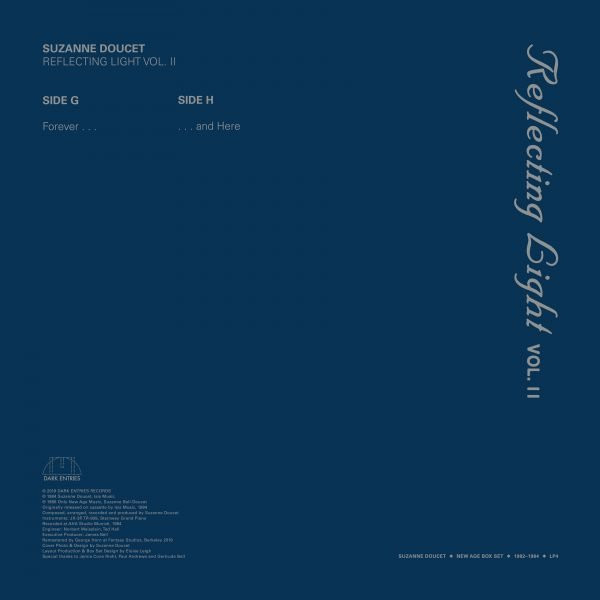