Repeated Viewing’s soundtrack to the “not totally sure if it’s real or not” film of the same name slinks out of your speakers as if Badalamenti and Goblin had made sweet regretful love one night and created a baby so dark and brooding, only the ‘Trv Synth Fr33ks’ would take it in and raise it like wolves. Following the story of one man’s revenge across 1982 New York, this is Death Wish if we lived in some kind of alternative universe where Lucio Fulci had directed it instead of Michael Winner. From Ballads to Disco to Minimal Synth, “Street Force” is a masterpiece of faux soundtrack bliss and definitely not to be missed. Art by Eric A Lee. 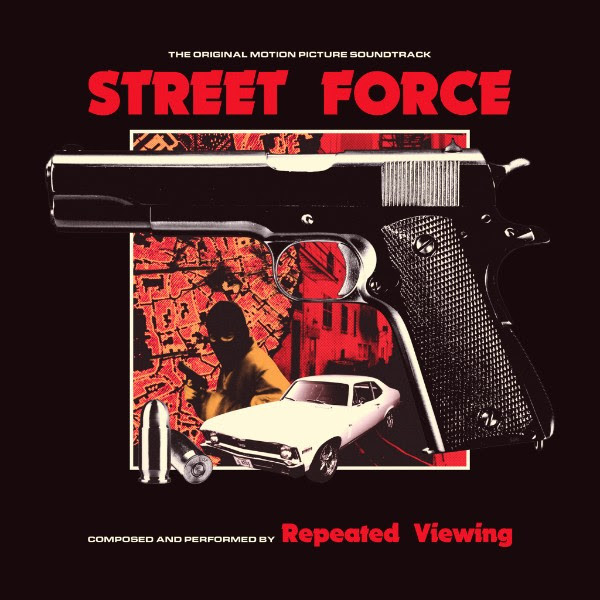