Reissue, originally released in 1980. Timeless atmospheres, hypnotic sonorities, minimal arrangements. And a composer gifted with a never-ending passion for music, experimenter in his genetic code, innovator by vocation, at ease with various instruments in order to forge avant-garde themes. Piero Umiliani was already forward in building completely new sounds in the late seventies. Tra Scienza e Fantascienza finds his alter ego Moggi experimenting with alternative grooves, electronic music, jazz tunes, and soundtrack motifs. One of the most interesting music libraries in the Italian composer's discography, reissued with a new remastering by Musica Per Immagini, is in full harmony with its title.

Notes and images of a dystopian future according to Piero Umiliani: "Science fiction has opened up our eyes to a variety of scenarios, possible or impossible, sometimes with a happy ending, sometimes apocalyptic, at times familiarly near, more often disarmingly far away, and always capable of inspiring our imagination. For the histrionic artist it took, perhaps, less of a cosmic leap to create this masterpiece. Centered on the cover, a strange creature with only one eye, its hands on a beaker containing a mysterious red liquid. To its right, a symbolic circle is imprinted on a sandy surface, and three bizarre constructions, similar to the volumetric flasks found in a laboratory, of differing heights and shapes. There is a strange blue planet in the distance." 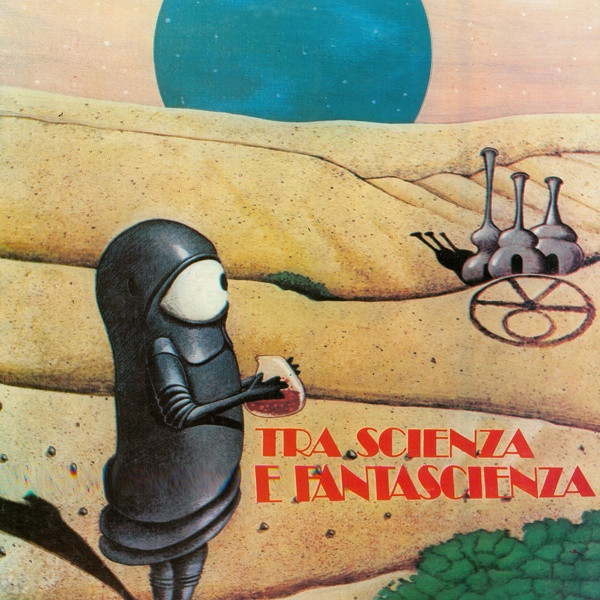