Cinedelic Records present a reissue of Masayuki Takayanagi and New Directions' Independence: Tread On Sure Ground, originally released in 1970. Considered the "Lochness monster" of Japanese free jazz records due to its incredible rarity, this album was the debut recording of Takayanagi Masayuki as leader with The New Directions. Recorded at the Teichiku Kaikan studios on September 18, 1969 (released in 1970), Independence: Tread On Sure Ground is largely regarded as the first true classic of Japanese free jazz. The group thrashes out an entirely new Japanese methodology for improvisation based on Takayanagi's theories about progressive art. As Alan Cummings explains in his texts to review issues, the group's sonic outburst is pregnant with an urgent intensity similar to a violent rotating windstorm. Personnel: Masayuki Takayanagi - guitar; Motoharu Yoshizawa - bass, cello, percussion, reeds (folk pipe); Yoshisaburo Toyozumi - drums, percussion. Fully licensed and remastered from the original tapes. Includes OBI and insert.

"An electric guitar string is pinged with a sour and markedly unlovely resonance. It is left to fade away naturally, its dying whisper replaced with a wavering feedback tone that grows steadily in volume and thickness. Against the slow feedback wave, a sudden loud percussive crash, urgent staccato rolls across the toms, and the dry rasp of a rattle. A choppy, non-sequential series of chords from the guitar, still mouth-puckeringly bitter is set against the warmer resonance of an alternately bowed and plucked double bass. Each instrument sounds self-contained, like lunar bodies spinning on their own axes at different tempos, but locked together by unfathomably complex rules of motion. Additional percussive rattles and scrapes have been overdubbed to fill in the blank space. Tendrils of feedback snake in and out, like cosmic dust from some cataclysmic celestial event. The playing is exploratory and deliberate, technically adept and keenly judged, easily sustaining interest and motion across the track's eleven minutes. Its sense of focused concentration is more akin to the European free improvisation of AMM or The Spontaneous Music Ensemble than the violent ecstasies of American fire music." -- Alan Cummings 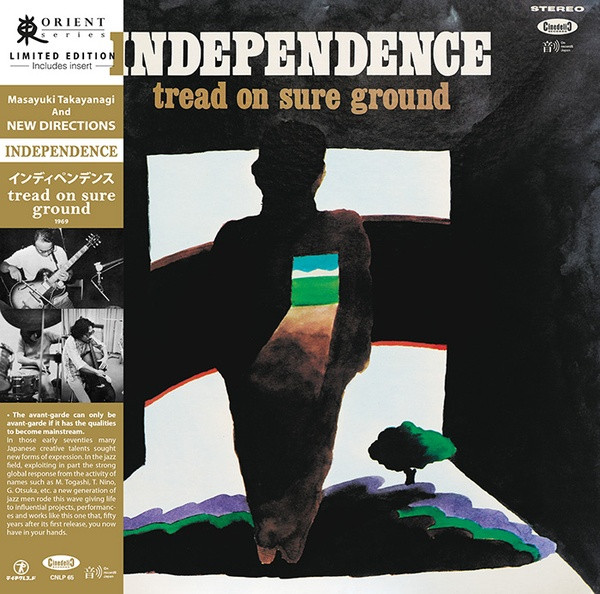