"On May 27th 1983, drummer Masahiko Togashi and guitarist Masayuki Takayanagi, two pivotal figures in the Japanese free jazz scene that had been working together since the 1960's, performed and record this unique set at Zojoji Hall in Tokyo. At the time, Japanese jazz musicians were trying to find their own voice, welcoming creative elements coming in from the USA and Europe. The two musicians were at the fore-front of this generation, with Takayanagi developing his own guitar style through influences of mainstream and more extreme jazz, and drummer Togashi had developed a unique approach to drums and percussions, using silence as an integral part of music making, also due to an accident that forced him on a wheelchair after 1970. The record is divided in two tracks ('Inner Pulsation' and 'Outer Pulsation'), each one about 22 minutes in length, mirroring the original LP sides. The performance can be regarded as a single piece though, with a clearly symmetrical structure, even if the musicians cover much musical ground over the course of the album. The extreme abstractness of the music guarantees many possibilities, but the main themes here are pure sound and space, investigated through a massive use of silence, ever-changing dynamics and slow structural developments unfolding with a mysterious musical logic. Originally released on iconic Japanese label Paddle Wheel and out-of-print for a very long time, the album has become a very sought-after collector's item and we are glad to bring this back on vinyl in collaboration with King Record Co." 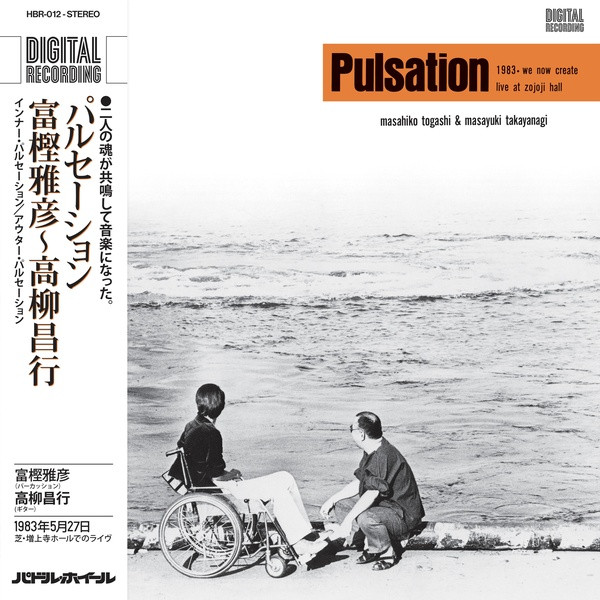