With a day job in sound design for video games and computer graphics, it makes perfect sense that electronic musician Martyn Stonehouse’s latest album should be about a spaceship’s strangely maternal computer system going on the fritz and conducting neurological experiments on ‘her’ human cargo.

Presented as a limited edition of 200 cassettes on Spun Out Of Control, split between ‘Deep Space Blue’ and ‘Orion On Fire’ orange translucent tape shells, a download card is included with all retail purchases. Cover and inner panel artwork by Eric Adrian Lee.

CLARA is discovered adrift in low orbit around Amalthea, Jupiter's fifth moon, all non-critical systems have been suspended, and no contact can be established.

A research team is dispatched to investigate the station and its important cargo, which left Terra over 5 years ago. After successfully gaining entry through a maintenance airlock, the team discovers the remaining human population have been subjected to a number of experimental neuroscience procedures during suspended animation.

As events unfold, it becomes clear that CLARA is critically unstable
and highly possessive of her human cargo... an unnerving maternal connection that must be severed in order to preserve the countless lives onboard.
credits 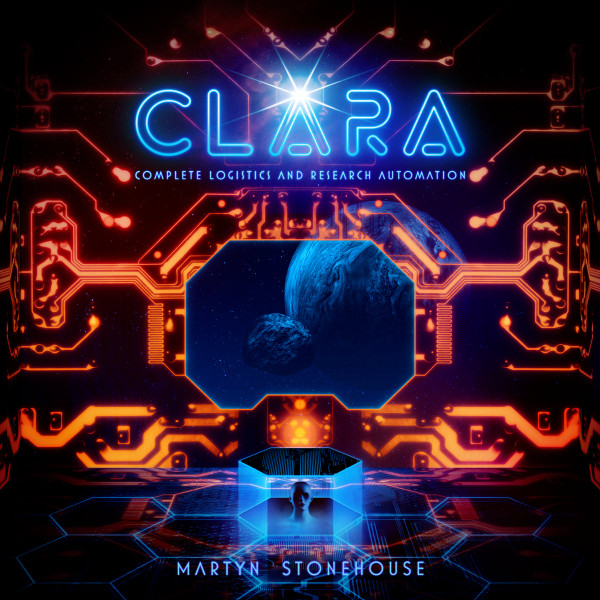 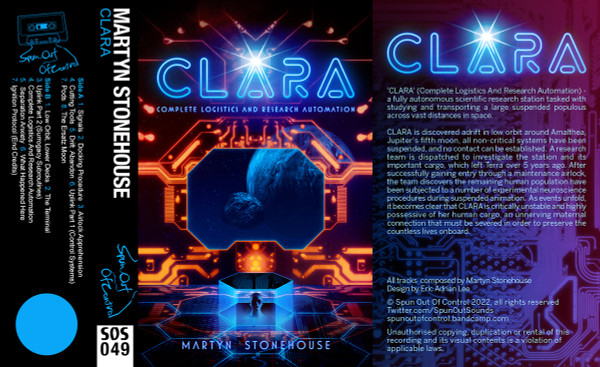 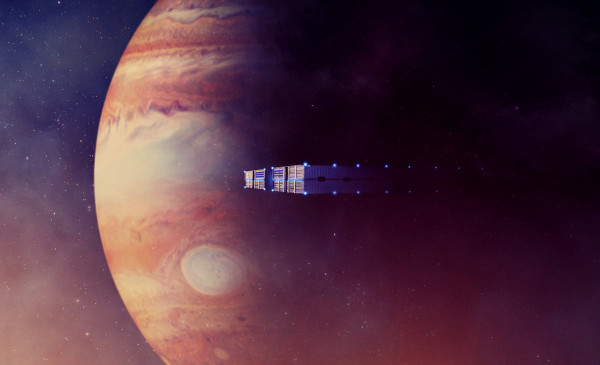