Scream is the most popular horror film franchise of all time, and the first three movies released between 1996 and 2000 rewrote the book for a new generation of slasher film aficionados. A 4th scream movie was released in 2011 and MTV followed with a new Scream based TV show in 2015.

The all new package displays the iconic 'Ghostface' character front and center as the art re-tells the classic opening to the Scream film; the house and tree in the background, the knife extending into a phone receiver, the dial in Ghostface's mouth. Purchaser's will no doubt see that the phone motif is vividly carried over to the LP labels when the package is opened for the first time! Lest we forget that this album is first and foremost an audio recording, the music from the Scream franchise was instrumental in launching the career of Marco Beltrami, who is now one of the most popular composers in Hollywood. It's a classic score and the music is an important storyteller as well within the films. 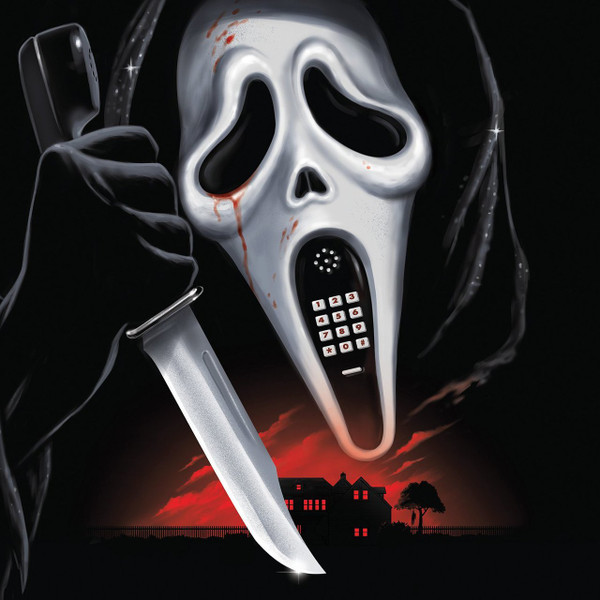