The rediscovery of J D Emmanuel by critics and audience in the early 2010s and Emmanuel's comeback to underground scene were crucial in reweaving the development of electronic music in the early '80s. This deluxe three-LP set casts new light on Emmanuel's first activity of composing and performing electronic music in 1979-'83, collecting experiments never before released on vinyl, some of which are previously unreleased in any form. Certainly seminal minimal works such as Four Organs (1970) and Violin Phase (1967) by Steve Reich and A Rainbow in Curved Air by Terry Riley (1969) -- as well as Cluster, Harmonia, and Peter Michael Hamel's early-'70s work -- had a decisive impact on Emmanuel's debut. However, since his beginnings he has reshaped and reformulated his sources of inspiration with unparalleled maturity and accuracy of vision. His poetry is closely tied to the will to expand consciousness and explore altered states, but more than a cosmic traveler, he appears as a courier of soul and heart -- a self-described "student of the metaphysical nature of the Universe." Magician of an incredible variety of analog keyboards, Emmanuel conceives sound as dynamic translation of forces and organic, expanding flows of energy. The cyclicity of patterns and phrases refers to minimalist traditions, but his music has little in common with something purely mathematical; using an approach to improvisation colored by his interests in jazz and the temporal expansion of rock jams, he charges harmonic sections with an intimate spontaneity and freedom without boundaries. These 14 "vaporous drawings," presented with photos and writings, evoke a primordial state of grace in the listener, in parallel to Emmanuel's contemporary ancestral work Wizards from 1982 (IMPREC 305CD). (This set contains two tracks that were initially included on the original Wizards release, but replaced by other tracks just before the final master.) 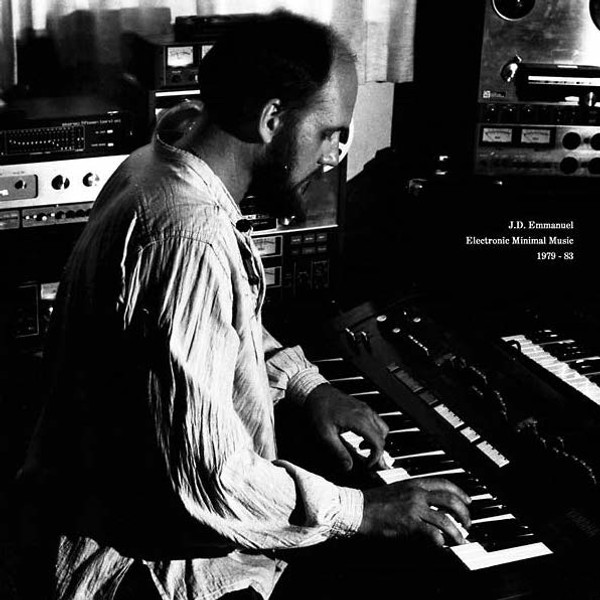