A picture disc reissue of the legendary Japanese "Pink Violence" album, Ike Reiko's You, Baby, aka Kôkotsu No Sekai, originally released in 1971. Although Ike Reiko was a mere 17 years of age when she recorded Kôkotsu No Sekai, she was already a star in the world of Japanese erotic movies. Despite the tough-gal image, the music is pretty darn life-affirming, so don't think for a second you're getting an easy listening album here - this is about as sexual as music can get. Throw "French Kiss" out of the window and kiss goodbye to your Serge Gainsbourg records goodbye, Ike Reiko is more sizzling than a branding iron as it makes its mark on the farmer's herd. The sex is literally dripping from every note on this record - the style is "Iroke Kayôkyoku", or erotic kayôkyoku (kayôkyoku being a style of Japanese pop), but this sort of naïve jazz and pseudo spy theme movie music is all draped in a shroud of sexual shouts, screams, and coos from the clearly excited Reiko. One must assume that she was in some kind of state of euphoria in the recording studio from the evidence on offer here, either that or she's a pretty realistic faker - it's a smoldering collision and that's about all that needs to be said. Kôkotsu No Sekai has to be one of the finest gifts for the music fan in search of that killer oddity. 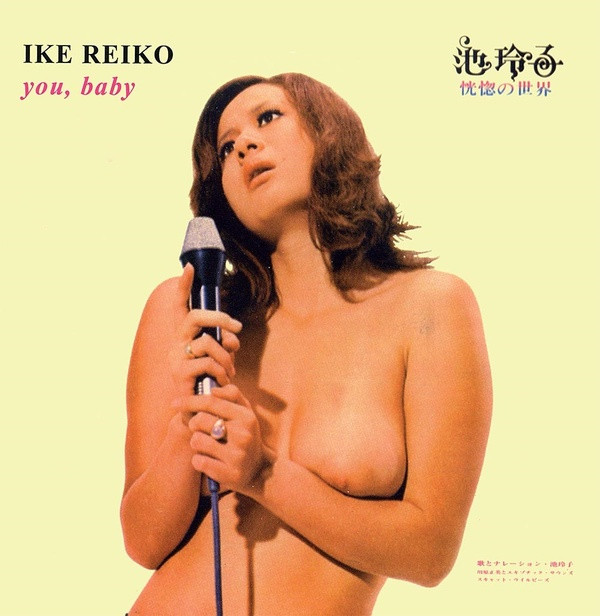