Edo is a cosmic ambient experimental masterpiece conceived in 1977 by Masashi Komatsubara and developed alongside Hideki Matsutake (aka Logic System and reductively defined by many as the "fourth member of the Yellow Magic Orchestra"). As a true sound scientist, he pours all his efforts into this record, and aimed at the widest possible use of an electronic instrument that was at the forefront at that time -- the Moog IIIc. He extends his research by trying to break down the last wall between modernity and the past: the union and eurythmy between artificial sounds and traditional sounds. All this through a perfect three-way collaboration together with the shamisen musician Konae Imato, and the creation of a unique and extraordinary charming work dedicated to the double soul of the capital of Japan: ancient Edo, now the current day city of Tokyo. Includes OBI and four-page inserts with text in Japanese and English. 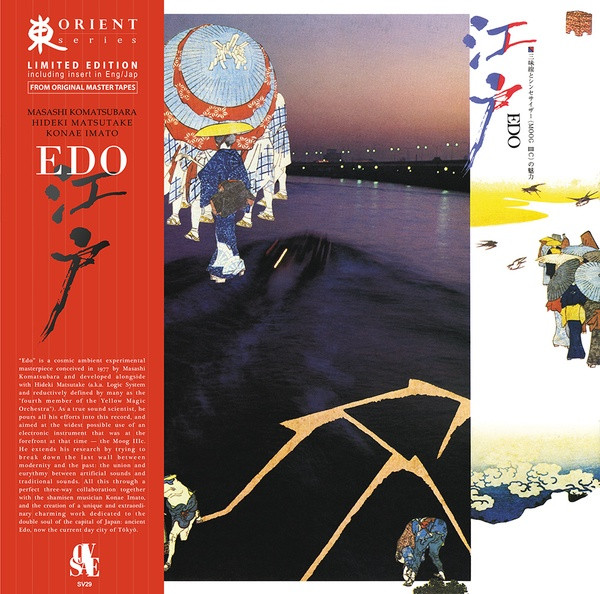