HIDE are an electronic duo based in Chicago, made up of visual artist Heather Gabel and musician Seth Sher. Together since 2014, the pair create sample based compositions using a combination of self sourced field recordings and various pop culture/media. Releases include 2016's Black Flame EP which is dedicated to the memory of Reyhana Jabbari, a 27 year old Iranian woman who was hung for allegedly killing someone who trying to rape her, and deals with various human rights violations in Iran. HIDE's 2017 debut album Castration Anxiety on Dais Records addresses issues of power dynamics and representation. Seething with textured yet minimal tracks, HIDE gives raw vulnerability an opportunity to unfurl, yielding an album that calls for personal autonomy and the destruction of anything barring the way. A single on Sub-pop for the label's singles club followed, with two unhinged tracks touching on the phenomenon of internalised misogyny and aspects of motherhood.

HIDE's second full length album Hell is Here on Dais is set for release August 23rd and sees the band's evolution pushed even further. The tone is sick and heavy. Using their previously established blueprint of complex drum programming, stomach churning sub bass and aggressive expressive vocals, Gabel and Sher poke and prod at the perception of musical context, and remind the listener that feelings of anxiety, pain, and discomfort are equally as important as those of resolution. Perhaps the strongest tool utilised here is the material’s dichotomy between the abrasive and the sterile. Beneath the crushing noisy exterior, sparks the familiar human voice. Divorced from their caustic counterparts Gabel’s vocals play a decisive role in cementing narrative for the material’s uncompromising assault on the senses.

Opening track “Chainsaw” immediately lays the groundwork for the excursion to come. Twisted, cold, and dry repetition soundtracks a one sided catcalling verbal assault. The theme of objectification carries through to the following track “999” with the use of a well placed vocal sample that declares “...when you depersonalize another person... it seems to make it easier to do things you shouldn’t do.”. This sentiment is expertly echoed throughout the rest of Hell Is Here and attempts to forcefully remind the listener of humanity’s absurd and animalistic nature. Nearing the end of the punishing trek we find“Pain”, which is arguably the record’s most formidable use of space. The call and response nature of both the harsh percussive elements paired with the impending vocals effectively induces a deafening anxiety that’s rivalled only by the lyrical content of Gabel’s shrieking voice.

"Raw Dream" closes out the album with driving focus and a determination to calmly but not quietly move forward despite feeling beat down and powerless, as a response to it even. "Raw Dream" is an anthem for the disenfranchised's rising up, a long overdue and joyous recalibration of an imbalance of power.

The summation of material presented on Hell Is Here is perhaps best interpreted as the rawest innards of HIDE’s vision for the self-governing ideology that’s consistently present throughout their body of work. Painful truth and honest examination of life’s darkest, and often undiscussed, crevices scratch and claw their way to the surface through the duo’s strongest and most confrontational work to date.

HIDE cut their teeth in the DIY spaces of Chicago and have continued touring vigorously since. Last year the band toured Europe, Russia and UK in addition to multiple North American runs. Known for their energetic live performances, the duo also work as interdisciplinary artists together, creating films and visual art installations as well.

Vinyl is packaged in an artful "soft-touch" satin jacket and includes a large 18x24" foldout poster with lyrics. 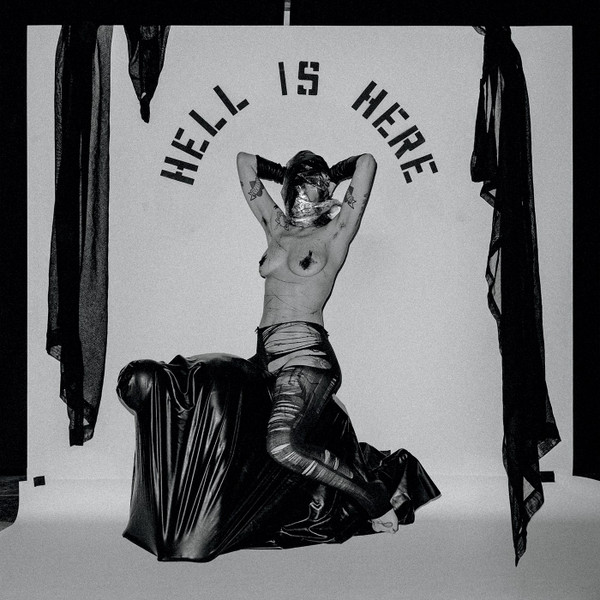 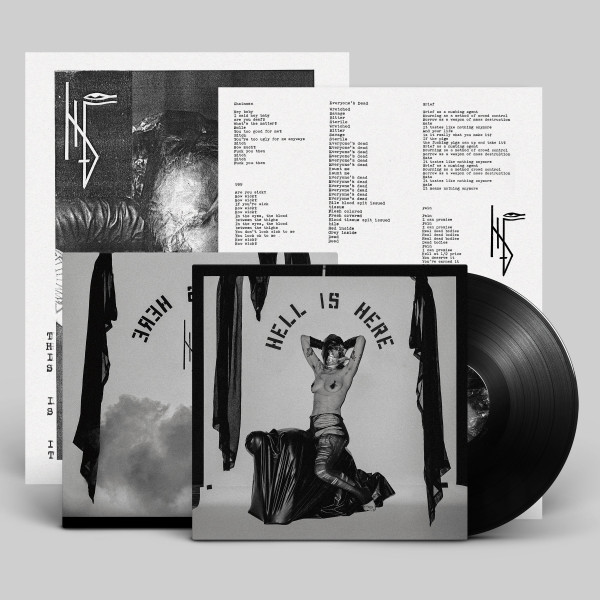