Beastly sounds for a zombie nation as classic 80s gaming soundtrack Shadow of the Beast gets debut vinyl edition with a recording taken from the original platform game, and new artwork from acclaimed illustrator Keith Rankin.

Composed by David Whittaker for the 1989 Amiga platformer of the same name, Shadow of the Beast sees its first ever vinyl release courtesy of the UK&#39;s Lag Records, presented in also its first mastered edition as directly taken from the original game system.

A prolific VGM composer, Whittaker holds more gaming soundtracks to his name than any other, with titles such as Lazy Jones to his name, as (in)famously sampled for the 1999 club hit Zombie Nation.

Shadow of the Beast remains a prime example of his pioneering hands-on approach, programming music directly with instrumental samples of his own on a Korg M1 synthesizer. The tunes make for a singular combination of Spaghetti Western-style tension mixed with world beats. Tracks like The Plains play with harder rhythms like warped speed techno, while a hard-to-miss melancholy pervades the Underground suite.

The fiendishly difficult Shadow of the Beast itself was an interesting example of game design for its time, recorded at a frame rate to match arcade machines as opposed to monitors, and loaded with a 128 colour palette. Two sequels later followed in the 1990s, along with a 2016 remake for the Playstation console.

The soundtrack comes ready for a 2019 audience with mastering courtesy of Jerome Schmitt at the AirLab, and brand new artwork from acclaimed illustrator and musician Keith Rankin in collaboration with artist Ellen Thomas. 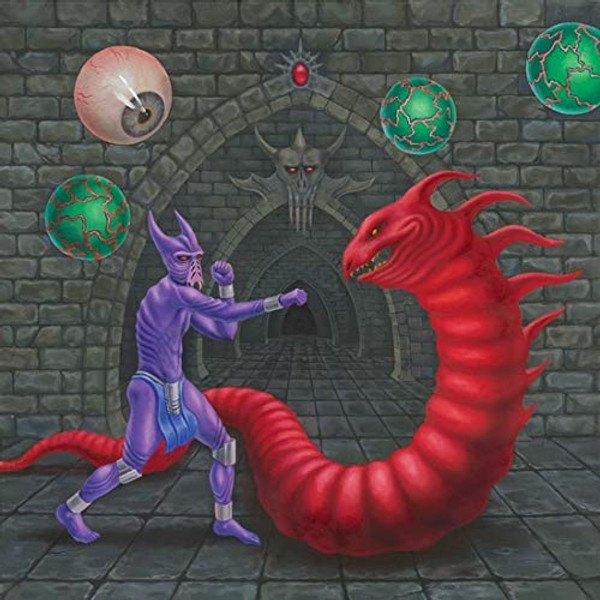 VATICAN SHADOW: Media In The Service Of Terror LP

ORDER OF NINE ANGELS: Mark Of The Beast LP