After the successful Dawn of the Dead live soundtrack performance in 2017 and subsequent live LP release by Claudio Simonetti’s Goblin, Svart Records are proud to present another foray into the world of classic Italian horror soundtracks. This time Claudio Simonetti’s Goblin were invited to Finland to perform a Dario Argento two movie set, opening with a live accompaniment to Profondo Rosso and finishing the night with a striking rendition Suspiria.

Recorded on May 19th 2019 and mixed and mastered by Claudio Simonetti himself in his studio in Rome, Svart are proud to release limited vinyl editions of the Live Soundtrack Experience – Profondo Rosso and Suspiria as performed by Simonetti’s Goblin at the Savoy Theatre in Helsinki. These exclusive jewels come wrapped in gatefold jackets with sumptuous new artwork by the master Eric Adrian Lee, including new lobby card designs of shots from the performance as taken by the photographer Marco Manzi.

Both LPs are available on limited black and even more limited red vinyl, plus an exclusive slipcase double LP set The Finnish Soundtrack Experience, which has the records on blue and white vinyl plus two exclusive posters.

Get closer to the creepy mystique and jarring horror of this quintessential Simonetti’s Goblin soundtrack, live and in the flesh! 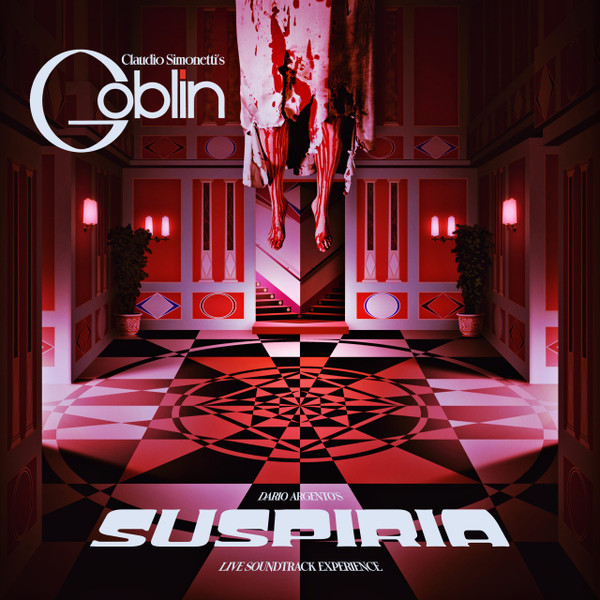 CLAUDIO SIMONETTI'S GOBLIN: The Devil Is Back LP