Restocked. "23 years after its first release on CD, the Original Soundtrack of the first two episodes of the famous trilogy Tetsuo, composed by Chu Ishikawa, is being released on vinyl record. This classic of Japanese underground cinema, directed by Shinya Tsuakamoto, first hit the big screen in 1989. Its mix of gore and science fiction paved the way for the cyberpunk movement in Japan. Tetsuo does not follow a classical film narrative but rather consists in a series of twisted sequences, which makes it unique and considered by many as a height of experimental cinema. It opens on a car crash where a man - the anti-hero of the film -- is hit by a car. His body then becomes a sort of magnet that inexorably attracts all the metal objects present in our society, slowly transforming him into a monster made of flesh and steel! The trilogy's uncompromising and violent directing, supported by its original score, soon contributed to make it a classic. As a matter of fact, director Tsukamoto and composer Ishikawa managed to produce a sensory experience in which visual and hearing assaults go hand in hand to make it a total work of art. The film is at the crossroads of Metropolis, Videodrome and Blade Runner in its depiction of a post-industrial world where machines have surpassed humans and taken possession of their bodies. Chu Ishikawa, born in 1966, started his musical career in various bands when he was only 15 years old. He then gained some success as a founding member and percussionist of two industrial bands: Zeitlich Vergelter and Der Eisenrost. That is when he came to the attention of Tsukamoto, who asked him to compose the soundtrack of his film. Ishikawa's transgressive and provocative music is the perfect sound illustration of the Tetsuo trilogy. Mixing techno drum loops with a dark ambient mood flirting with harsh noise, the Japanese composer translates the convulsive and metallic quality of Tsukamoto's images into oppressive sound blasts that will delight the fans of Test Dept. Foetus and Esplendor Geometrico." 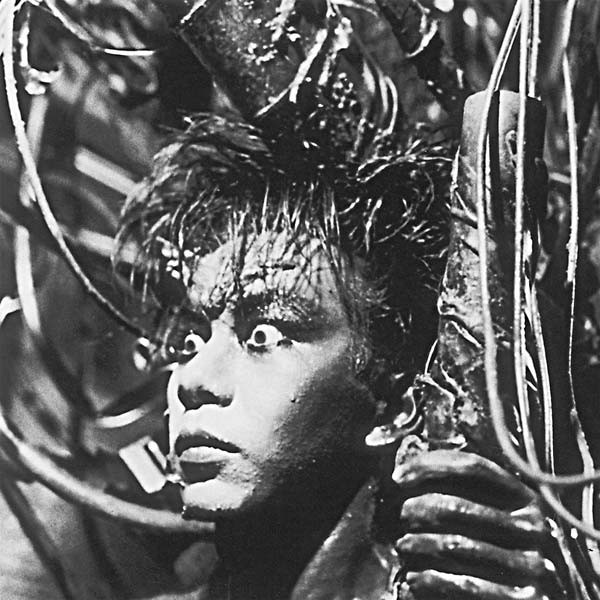