Hellraiser is a 1987 British-American[ horror film written and directed by Clive Barker (his directorial debut), and produced by Christopher Figg. It’s based on Barker's novella The Hellbound Heart, with a score by Christopher Young (The Fly II, Tales from the Hood, Urban Legend, Spider-Man 3, A Nightmare on Elm Street 2: Freddy's Revenge and others).

The film involves the resurrection of Frank (Sean Chapman), who had opened the door to an alternate dimension and had his body torn to pieces by creatures known as Cenobites.

Rolling Stone calls Hellraiser one of the top horror soundtracks of all time! 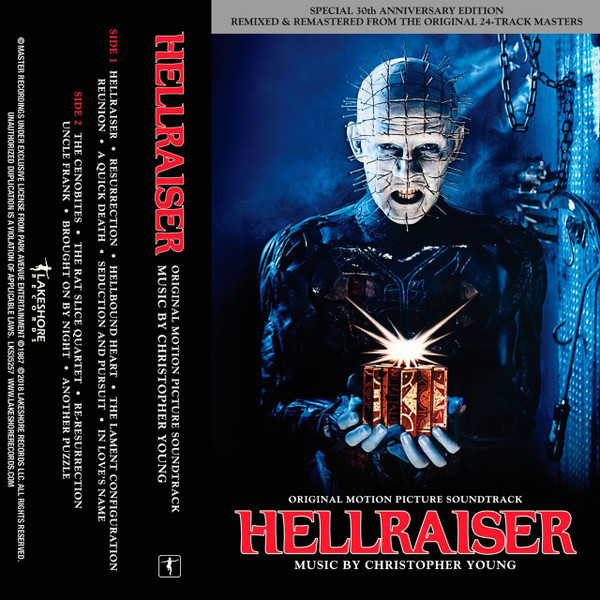 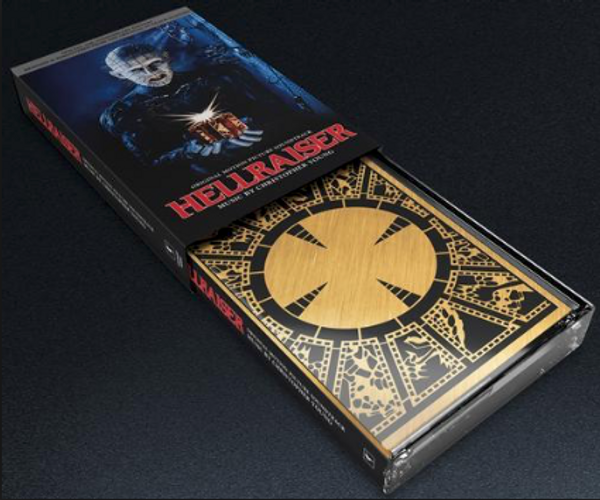