Following his 1971 conviction for the murder of seven people, including the actress and model Sharon Tate, the notorious cult leader, Beach Boys associate and failed singer-songwriter Charles Manson was sentenced to death, later commuted to life imprisonment. Recorded with just an acoustic guitar in his jail cell, Live at San Quentin dates from 1983 and is probably the most poppy of Manson's improvised far-out folk songs ever committed to tape, with flushing toilets and background conversations adding to the gritty low-fi realism. If you like the Lie album, you need this one too -- Manson fans will not be disappointed!

A1. Boxcar Willy And Big Bad Joe
A2. Television Mind
A3. Marilyn Monroe Was My Childhood Shame
A4. Instrumental
A5. And As I Told You On This Chord Once Before
A6. So As The Hour Goes On That I Will Spend With You
A7. I Got A Tough Bastard Child Want To Become Into A Samurai
A8. So Today Has Been A Good Day
B1. My Name Is Sam McGee
B2. Take Me To The Summer Road
B3. My Feelings Begin To Growing
B4. And I'd Like To Say Hello To Some Of My Friends
B5. So The Mood Was Broken 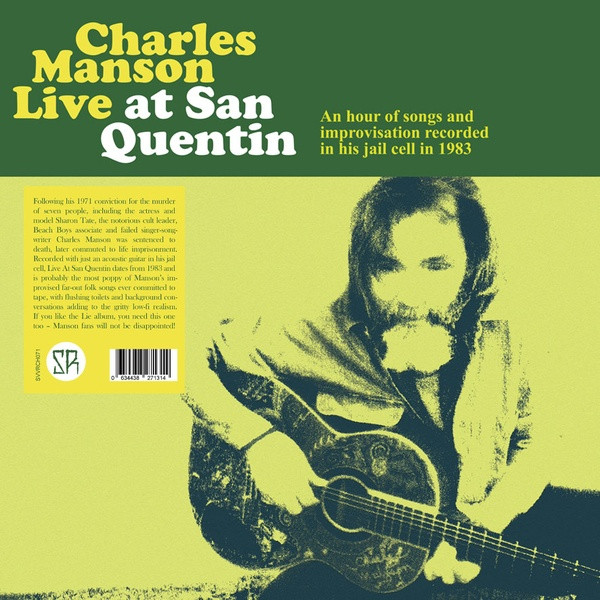