Guerssen Records present a picture disc reissue of Baris Manço's Dünden Bügune, originally released in 1971. One of the leading Turkish rock musicians ever and one of the most influential, along with Erkin Koray, Edip Akbayram, and Cem Karaca. This is his first long-player, released in 1971 by Sayan Productions. It's a compilation of tracks taken from previously released 45s, plus the track "Lory" that only appeared on this album. Killer psych rock with strong Turkish flavor, this features Baris's all-time classics like "Derule" or "Daglar Daglar", as well as the brutal wah-wah flooded "Küçük Bir Gece Müzigi" with its infectious drumming that drives mad anyone searching for sampling stuff. Not to be confused with two different releases with the same name that actually have different tracklist and artwork, this is the real album as it was originally released. First ever picture disc reissue; edition of 500 (hand-numbered). 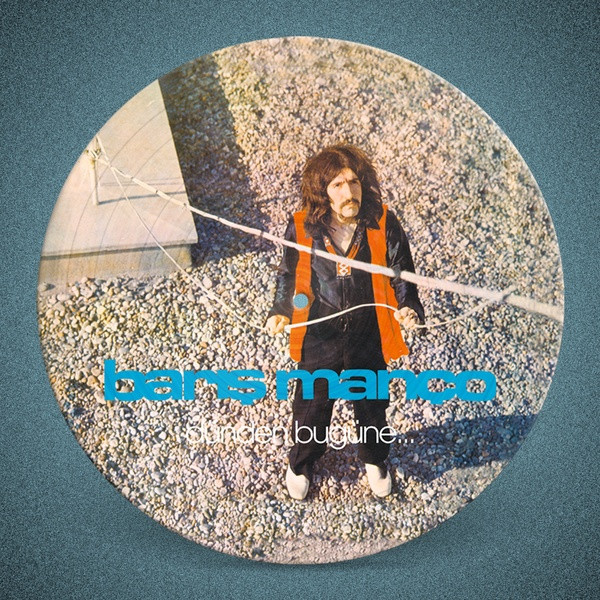