WAREHOUSE FIND! Aby Ngana Diop was the most famous taasukat in Dakar, Senegal in the 1980s and 1990s. Taasu is a Wolof-language poetic style, usually performed by women griots over frenetic drum patterns, with an aggressive verbal flow thought to presage rap. Her only album Liital was groundbreaking in the history of Senegalese music because it was the first commercial recording to feature a traditional female taasukat performing to the modern accompaniment of mbalax, Senegal's quintessential pop genre. The distinctive style is captured in all its ear-popping, left-field glory on the recording, which was massively popular upon its release. Diop's powerful chants and incantations above urgent female chorus, cross-rhythmic blasts of the sabar and tama drums, as well as synthesizers, drum machines, hand claps, tambourine jingles and horse and train engine samples. When Aby Ngana Diop died unexpectedly on July 4, 1997, the country mourned her passing, but continued to celebrate her music. Although this cassette has caught the attention of some African music aficianados who have stumbled upon it in recent years, it remains largely unknown to the wider world. Hopefully this re-release from Awesome Tapes From Africa will change that. 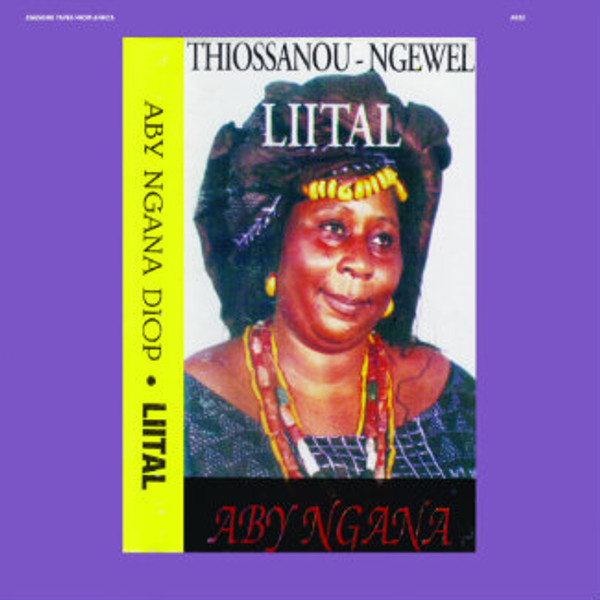 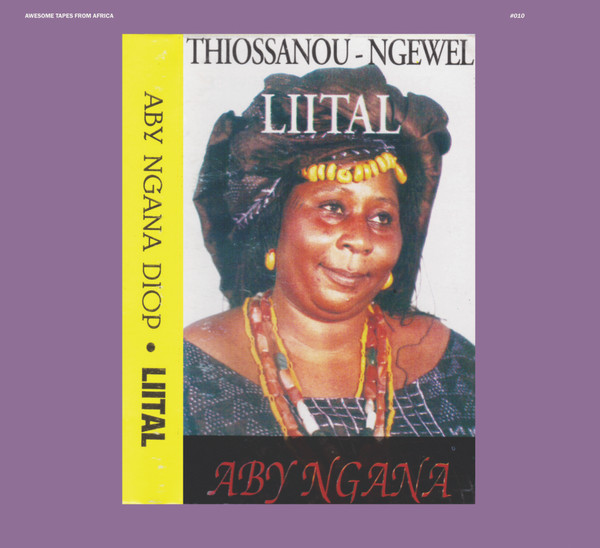 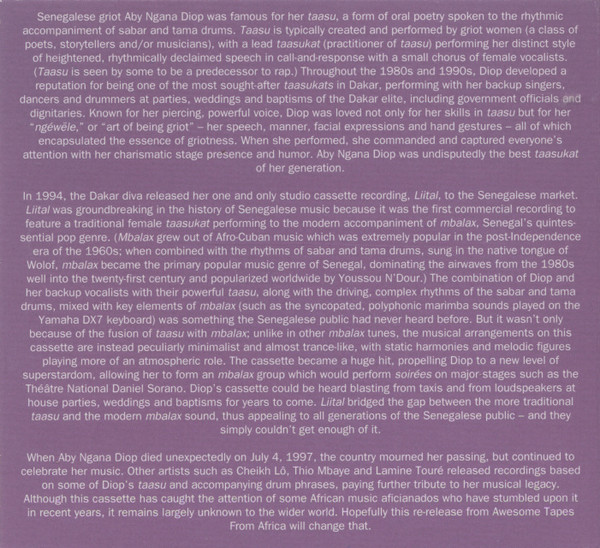 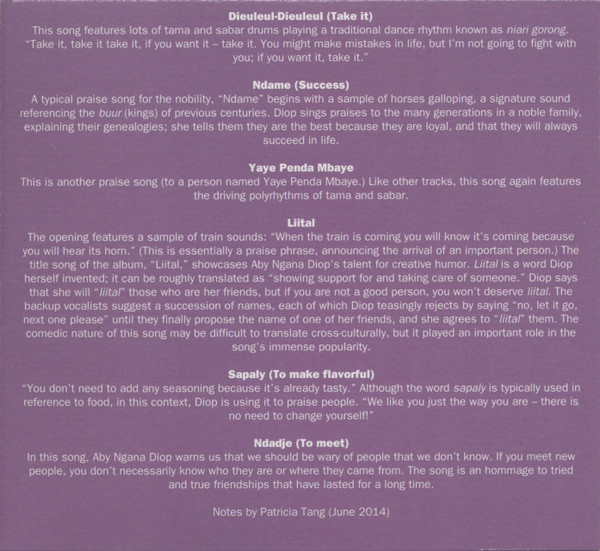